Why Some words may be more memorable than others?

Summary: Researchers have found that our brains may recall some common words, like 'pig,' 'tank,' and 'door,' much more often than others, including 'cat,' 'street,' and 'stair.' By combining memory tests, brain wave recordings, and surveys of billions of words published in books, news articles, and internet encyclopedia pages, the researchers not only showed how our brains may recall words but also memories of our past experiences. 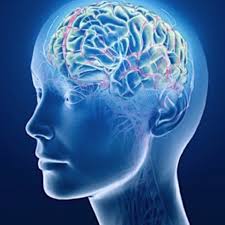 Thousands of words, big and small, are crammed inside our memory banks just waiting to be swiftly withdrawn and strung into sentences. In a recent study of epilepsy patients and healthy volunteers, National Institutes of Health researchers found that our brains may withdraw some common words, like "pig," "tank," and "door," much more often than others, including "cat," "street," and "stair." By combining memory tests, brain wave recordings, and surveys of billions of words published in books, news articles, and internet encyclopedia pages, the researchers not only showed how our brains may recall words but also memories of our past experiences.

"We found that some words are much more memorable than others. Our results support the idea that our memories are wired into neural networks and that our brains search for these memories, just the way search engines track down information on the internet," said Weizhen (Zane) Xie, Ph.D., a cognitive psychologist and post-doctoral fellow at the NIH's National Institute of Neurological Disorders and Stroke (NINDS), who led the study published in Nature Human Behaviour. "We hope that these results can be used as a roadmap to evaluate the health of a person's memory and brain."

Dr. Xie and his colleagues first spotted these words when they re-analyzed the results of memory tests taken by 30 epilepsy patients who were part of a clinical trial led by Kareem Zaghloul, M.D., Ph.D., a neurosurgeon and senior investigator at NINDS. Dr. Zaghloul's team tries to help patients whose seizures cannot be controlled by drugs, otherwise known as intractable epilepsy. During the observation period, patients spend several days at the NIH's Clinical Center with surgically implanted electrodes designed to detect changes in brain activity.

"Our goal is to find and eliminate the source of these harmful and debilitating seizures," said Dr. Zaghloul. "The monitoring period also provides a rare opportunity to record the neural activity that controls other parts of our lives. With the help of these patient volunteers, we have been able to uncover some of the blueprints behind our memories."

The memory tests were originally designed to assess episodic memories or the associations -- the who, what, where, and how details -- we make with our past experiences. Alzheimer's disease and other forms of dementia often destroy the brain's capacity to make these memories.

Patients were shown pairs of words, such as "hand" and "an apple," from a list of 300 common nouns. A few seconds later they were shown one of the words, for instance, "hand," and asked to remember its pair, "apple." Dr. Zaghloul's team had used these tests to study how neural circuits in the brain store and replay memories.

When Dr. Xie and his colleagues re-examined the test results, they
found that patients successfully recalled some words more often than
others, regardless of the way the words were paired. In fact, of the 300
words used, the top five were on average about seven times more likely
y to be successfully recalled than the bottom five.

At first, Dr. Zaghloul and the team were surprised by the results and even a bit skeptical. For many years scientists have thought that successful recall of a paired word meant that a person's brain made a strong connection between the two words during learning and that a similar process may explain why some experiences are more memorable than others. Also, it was hard to explain why words like "tank," "doll," and "pond" were remembered more often than frequently used words like "street," "couch," and "cloud."

But any doubts were quickly diminished when the team saw very similar results after 2,623 healthy volunteers took an online version of the word pair test that the team posted on the crowdsourcing website Amazon Mechanical Turk.

"We saw that some things -- in this case, words -- may be inherently easier for our brains to recall than others," said Dr. Zaghloul. "These results also provide the strongest evidence to date that what we discovered about how the brain controls memory in this set of patients may also be true for people outside of the study."

Dr. Xie got the idea for the study at a Christmas party which he attended shortly after his arrival at NIH about two years ago. After spending many years studying how our mental states -- our moods, our sleeping habits, and our familiarity with something -- can change our memories, Dr. Xie joined Dr. Zaghloul's team to learn more about the inner-workings of the brain.

"Our memories play a fundamental role in who we are and how our brains work. However, one of the biggest challenges of studying memory is that people often remember the same things in different ways, making it difficult for researchers to compare people's performances on memory tests," said Dr. Xie. "For over a century, researchers have called for a unified accounting of this variability. If we can predict what people should remember in advance and understand how our brains do this, then we might be able to develop better ways to evaluate someone's overall brain health."

At the party, he met Wilma Bainbridge, Ph.D., an assistant professor in the department of psychology at the University of Chicago, who, at the time was working as a post-doctoral fellow at the NIH's National Institute of Mental Health (NIMH). She was trying to tackle this same issue by studying whether some things we see are more memorable than others.

For example, in one set of studies of more than 1000 healthy volunteers, Dr. Bainbridge and her colleagues found that some faces are more memorable than others. In these experiments, each volunteer was shown a steady stream of faces and asked to indicate when they recognized one from earlier in the stream.

"Our exciting finding is that there are some images of people or places that are inherently memorable for all people, even though we have each seen different things in our lives," said Dr. Bainbridge. "And if image memorability is so powerful, this means we can know in advance what people are likely to remember or forget."

Nevertheless, these results were limited to understanding how our brains work when we recognize something we see. At the party, Drs. Xie and Bainbridge wondered whether this idea could be applied to the recall of memories that Dr. Zaghloul's team had been studying and if so, what would that tell us about how the brain remembers our past experiences?

In this paper, Dr. Xie proposed that the principles from an established theory, known as the Search for Associative Memory (SAM) model, may help explain their initial findings with the epilepsy patients and the healthy controls.

"We thought one way to understand the results of the word pair tests was to apply network theories for how the brain remembers past experiences. In this case, memories of the words we used look like internet or airport terminal maps, with the more memorable words appearing as big, highly trafficked spots connected to smaller spots representing the less memorable words," said Dr. Xie. "The key to fully understanding this was to figure out what connects the words."

To address this, the researchers wrote a novel computer modeling program that tested whether certain rules for defining how words are connected can predict the memorability results they saw in the study. The rules were based on language studies that had scanned thousands of sentences from books, news articles, and Wikipedia pages.

Initially, they found that seemingly straightforward ideas for connecting words could not explain their results. For instance, the more memorable words did not simply appear more often in sentences than the less memorable ones. Similarly, they could not find a link between the relative "concreteness" of a word's definition and its memorability. A word like "moth" was no more memorable than a word that has more abstract meanings, like "chief."

Instead, their results suggested that the more memorable words were more semantically similar, or more often linked to the meanings of other words used in the English language. This meant, that when the researchers plugged semantic similarity data into the computer model it correctly guessed which words that were memorable from patients and healthy volunteer test. In contrast, this did not happen when they used data on word frequency or concreteness.

Further results supported the idea that the more memorable words represented high trafficked hubs in the brain's memory networks. The epilepsy patients correctly recalled the memorable words faster than others. Meanwhile, electrical recordings of the patients' anterior temporal lobe, a language center, showed that their brains replayed the neural signatures behind those words earlier than the less memorable ones. The researchers saw this trend when they looked at both averages of all results and individual trials, which strongly suggested that the more memorable words are easier for the brain to find.

Moreover, both the patients and the healthy volunteers mistakenly called out the more memorable words more frequently than any other words. Overall, these results supported previous studies which suggested that the brain may visit or pass through these highly connected memories like the way animals forage for food or a computer searches the internet.

"You know when you type words into a search engine, and it shows you a list of highly relevant guesses? It feels like the search engine is reading your mind. Well, our results suggest that the brains of the subjects in this study did something similar when they tried to recall a paired word, and we think that this may happen when we remember many of our past experiences," said Dr. Xie. "Our results also suggest that the structure of the English language is stored in everyone's brains and we hope that, one day, it is used to overcome the variability doctors face when trying to evaluate the health of a person's memory and brain."

The team is currently exploring ways to incorporate their results and computer model into the development of memory tests for Alzheimer's disease and other forms of dementia. 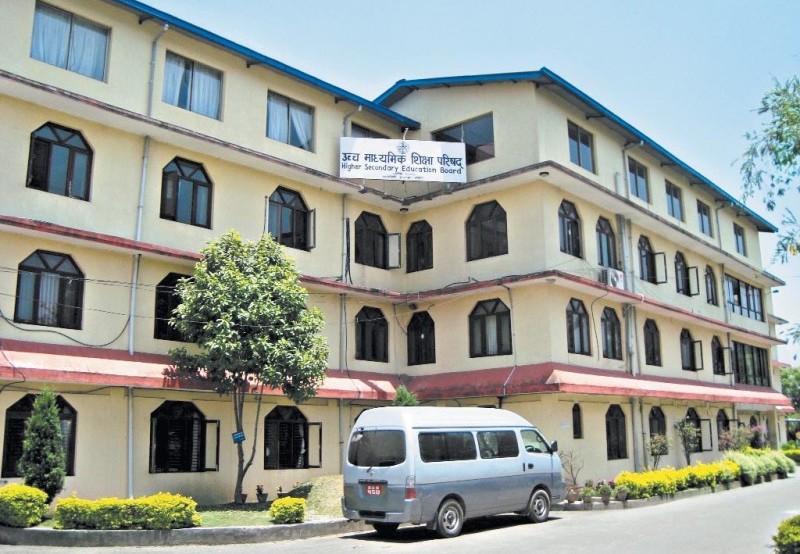 National Education Board cancels Grade 11 exam due to COVID-19 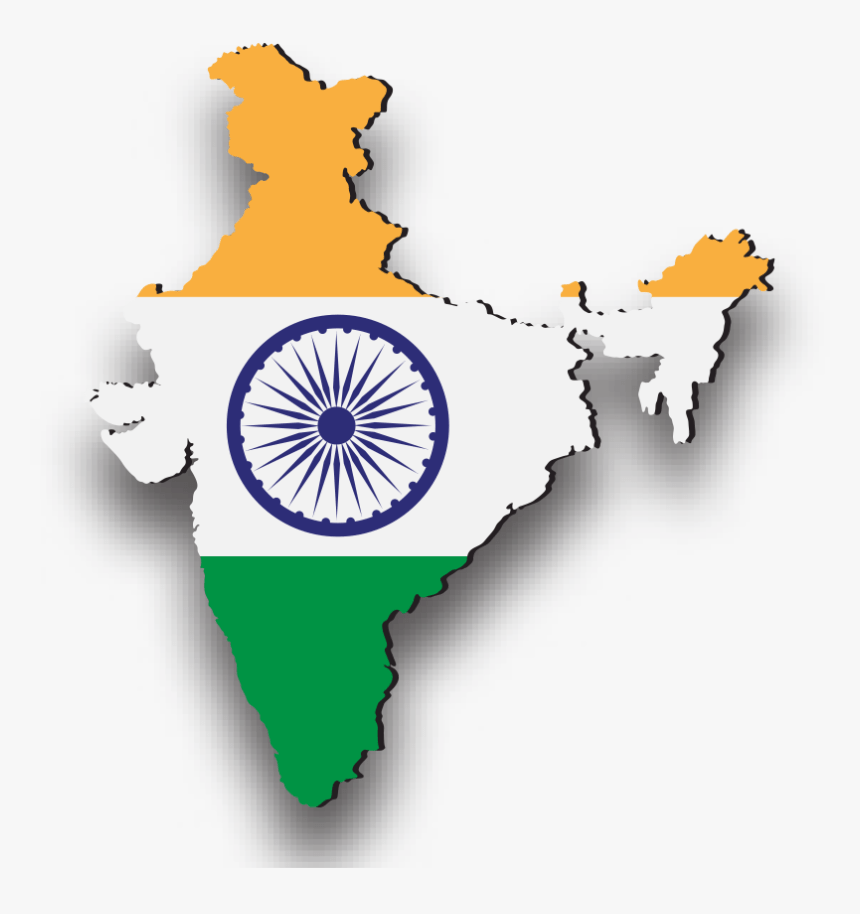