Australia’s most recent wildfire season was so severe that smoke from the fires reached new heights in the atmosphere — and showed some very weird behavior while it was up there.

A particularly intense series of bush fires in southeastern Australia from December 29 to January 4 spurred the formation of huge pyrocumulonimbus, or pyroCb, clouds (SN: 10/22/10). Those fire-fueled thunderstorms launched between 300,000 and 900,000 metric tons of smoke into the stratosphere, which was more than any seen from a previous inferno. One especially large, long-lasting smoke plume rose to a record altitude while spinning and wrapping itself in rotating winds. Those winds have never been observed around similar plumes, researchers report online May 30 in Geophysical Research Letters.

This vast puff of smoke, which still hasn’t fully dissipated, spanned roughly 1,000 kilometres — about the width of Montana. That made it one of the largest, if not the largest, wildfire smoke plume that satellites have ever seen in the stratosphere, says atmospheric scientist Jessica Smith of Harvard University, who was not involved in the study. “Any perturbation to the stratosphere has implications for … stratospheric ozone,” which shields Earth from the sun’s harmful ultraviolet radiation (SN: 4/7/20).

It remains to be seen whether a blob of pyroCb smoke like this could leave a chemical scar on the stratosphere. But observing the plume’s behavior may give insight into what could happen if much more smoke — say, from a nuclear war — were pumped into the atmosphere.

Mike Fromm, a meteorologist at the U.S. Naval Research Laboratory in Washington, D.C., and colleagues kept tabs on the unusual pyroCb smoke plume with satellites and weather balloons. One of the most striking things about the plume is how high it rose, says coauthor George “Pat” Kablick III, an atmospheric scientist also at the U.S. Naval Research Laboratory. In less than two months, it was buoyed up from the lower stratosphere, about 15 kilometres off the ground, to over 31 kilometres high.

Dark particles in the smoke absorbed sunlight and heated up the plume to make it rise, Kablick explains. Atmospheric scientists first observed such self-lofting behavior in pyroCb smoke from Pacific Northwest wildfires in 2017, but that smaller mass of smoke ascended only from an initial altitude of about 13 to about 23 kilometres above the ground (SN: 8/8/19).

The smoke from the Australian plume largely resisted mixing with surrounding air for months after its formation, perhaps shielded by 15-meter-per-second winds seen whirling around the plume as it rotated, the researchers say. The team is still trying to figure out what whipped up this newly discovered wind phenomenon.

As the plume rose through the stratosphere, it lifted up unprecedented amounts of water and carbon monoxide. The concentrations of those gases in the plume were several hundred percent higher than normal stratospheric air and displaced the ozone-rich air that typically makes up gas at these altitudes.

Lots of sun-warmed smoke rising through the atmosphere has the potential to damage the ozone layer not only by displacing the stratosphere’s normal, ozone-rich gas, but also by triggering chemical reactions that destroy ozone. Future satellite or weather balloon observations could reveal whether this plume has had any noticeable impact on stratospheric chemistry, says Pengfei Yu, a climate scientist at Jinan University in Guangzhou, China who studied the 2017 plume but was not involved in the new work.

Even if this one wildfire-driven plume doesn’t leave a lasting mark on the stratosphere, the smoke does offer clues about the fate of much larger quantities of smoke that would result from a nuclear war, says Alan Robock, a climate scientist at Rutgers University in New Brunswick, N.J., who was part of the team that analyzed the 2017 plume.

The smoke released by Pacific Northwest wildfires in 2017 helped validate nuclear warfare simulations, which predict that smoke from burning cities would heat up in the stratosphere and ascend to extremely high altitudes — where it could last for years and damage the ozone layer.

“We called that [2017 event] ‘the mother of all pyrocumulonimbus,’” because it injected so much smoke into the stratosphere, Robock says. The fact that the larger Australian smoke plume reached even greater heights now gives the researchers “much more confidence” that their computer simulations are accurate, he says. 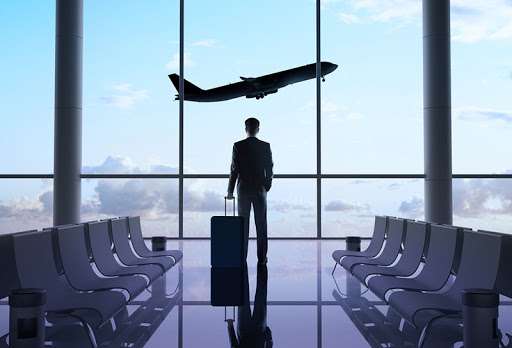 Urgent Notice about the Suspension of Visa-on-arrival